Troop 95 will strive to provide a solid program for scouts to learn and develop to the fullest of their ability through fun, engaging, and challenging activities revolving around the aims and methods of the scouting program.

Scout Oath:
On my honor, I will do my best
To do my duty to God and my country and to obey the Scout Law;
To help other people at all times;
To keep myself physically strong, mentally awake and morally straight.

The Eagle Scout award is the highest rank a scout can earn. A scout has up to his 18th birthday to complete all of the requirements to earn the rank of Eagle. The scout will need to satisfactorily complete 21 merit badges, and take part in a service project where he plans, develops and leads a service project that will benefit the community. Only 4% of all scouts will earn the rank of Eagle. Therefore, it is a highly coveted achievement that a scout will have truly earned. 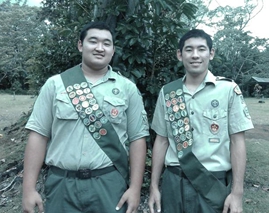 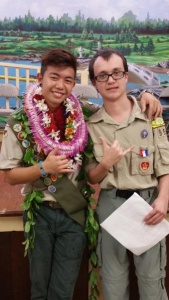